Rowenta is one of the most famous brands for ironing devices, not just in the USA but worldwide. With most of the Rowenta irons, you can expect superior performance and easy handling. There is a wide range of ironing devices and types available in all price ranges.

Some of the models in middle and higher price range are very energy efficient because of their ECO feature. Rowenta is an expert for ironing products especially for the irons which work with steam.

Powering 1700 watts of steam power, the Rowenta DW5080 has a powerful performance that's sure to impress. It's more suited for those who iron on a regular basis as opposed to occasional usage. The Rowenta is one of the most affordable steam irons on our list, but...

Rowenta DW9280 is one of the most popular models in steam irons. With this model, you can be sure about excellent performance and design which does not sacrifice quality for functionality. In most Rowenta Steam Iron models, highlights are their soleplate designs and... 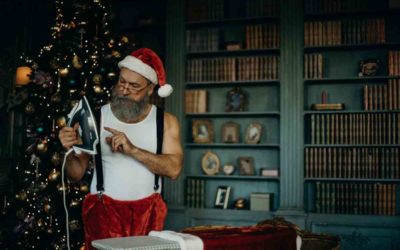 We want to make your purchase decision easier and help you find the best Rowenta iron. We have put together extensive background information for you and added a summary of customer reviews online. You can also find answers to frequently asked questions in our guide....

There first iron with thermostat was launched as early as 1949 and in 1957 they introduced steam iron. Today the company belongs to the French Groupe SEB Deutschland GmbH.

Why you should buy Rowenta iron?

The company offers numerous models in the wide price range. One reason for the popularity of Rowenta steam irons is that the models are affordable in almost all performance classes. They generally have a good price-performance ratio.

These include simple and reliable devices for beginners, for a few items of clothing on a low budget.

There are also models in the mid-range range with useful additional features for superior performance. The mid-price range Rowenta iron is sufficient if you are looking for iron for regular home use.

The high-end class of Rowenta irons is far better than others because of their innovative and elegant models.

Most steam iron models from Rowenta has a narrow tip and numerous steam holes for even distribution of steam.

Are Rowenta irons worth the price?

You can certain about good performance and worth with Rowenta irons.

Rowenta is the best seller in almost every ironing type device in Amazon.

Not only they are best sellers in those categories, but they also have mostly positive reviews.

In every type of ironing device, they have good performance and offers a good value of money. The steam irons from Rowenta have a high amount of steam holes, good steam output, and narrow soleplate tips.

This evenly distributes the steam over fabric and irons hard to reach areas. Most Rowenta steam iron models have anywhere between 300 to 400 steam holes.

The steam nozzles were positioned one level lower. As a result, the escaping steam is enclosed by the border and cannot escape from the sides.

In contrast to the competitor models, the tip of the soleplate is much narrower on numerous models. This has advantages particularly in the case of collars, cuffs and button strips for shirts.

Some models had a high weight which is both advantage and disadvantage.

High weight means you need to effort to move the iron but it also gives better results.

Most Rowenta give excellent performance because of their steam output and pressure.

Some models have a regular steam output of 60 grams per minute and over 200 grams/minute in steam burst mode.

Most Rowenta steam irons use stainless steel for the soleplate and pump technology for steam. Rowenta does not use the additional coating as other manufacturers on the soleplate.

Most models soleplates are made entirely of stainless steel, which has slightly inferior gliding ability. The somewhat higher effort is worthwhile because heavily crumbled laundries are better ironed.

How to descale a Rowenta iron

Most Rowenta irons require a bit of manual work to descale them. After heating the appliance with a full water tank, unplug the iron from the socket and open the anti-limescale valve.

Vigorous shaking over the washbasin then ensures that the hot water rinses out the tank and the like and flows out through the nozzles.

Put the valve in a water-vinegar or lemon juice mixture for a few hours, done.

It is even easier with models which have built-in limescale collector. Lime remains to accumulate on this over time. Depending on the hardness of the water, pull the collector rod out of the iron and wash it out.

In regions with hard water, this version of the anti-limescale system is the better choice.

Rowenta, especially with its middle and upper-class models, tries to as ecological as possible.

Some models have an Eco button for this, which saves electricity -without any significant sacrifices in ironing performance.

Also, most devices have an automatic safety shutdown feature, which means they automatically shut off after some time if there is no movement.

Some famous models of Rowenta

Rowenta does not explicitly summarize its irons in series, however, the designation usually shows the assignment to a performance class.

The Focus models have excellent steam performance, perforated soleplate, and the narrow tip. They have usual standard functions such as extra steam boost, vertical steam and spray function.

This series is perfect for regular home ironing needs.

These models have additional eco functions with which you can save up to 30% electricity according to the manufacturer. The reason for this is an optimized steam system.

As a special feature, some models also have an unusual soleplate. Rowenta calls this “3D”, with the result that the steam is directed through channels. This technology prevents too much steam from escaping to the right and left of the soleplate.

This also contributes to the eco-orientation of the irons, since the steam is used more efficiently.

They are made for giving the best performance. The amount of steam both in regular and steam burst mode is high.

The pump technology is one of the reasons which drives the performance high. These models are more suitable for professionals and belong to the high-budget category.

Rowenta is no less innovative in the area of ​​ironing stations. A new addition to the range is a model equipped with wheels and a telescopic rod that you can move around easily in the home.

The trolley-like device also solves the problem of having to place a heavy, bulky ironing station on the ironing board.

Also, the ironing stations are characterized by numerous comfort functions as well as high steam production or high pressure.

Which Rowenta iron is the best?

Rowenta offers numerous models of different iron types. Which iron is best is very broad questions as some models may be perfect for some people but not for others.

Before buying any iron its best to check if that specific model is suitable for you or not. You can learn more about this in our IRON 101 guide.

If you are looking for steam iron then check out our Best Rowenta steam iron reviews + buyers guide.

How much does a Rowenta iron cost?

Rowenta has different appliances for ironing in a wide price range. The only thing which is common in all the appliances is the excellent price-performance ratio.

You can find Rowenta iron devices starting from 20 dollars to 200 dollars!

What is the warranty on a Rowenta iron?

Most of the Rowenta devices have a warranty of 1 year from the purchase date. For exact information, we recommend the manufacturer website for the specific model you want to buy.

Remember it is very important to know what exactly the warranty covers.

How long should a Rowenta iron last?

Again, like any other home appliance how long your model will last depends on several factors.

For Rowenta irons, some of the factors are which model you are buying, which water you are using, you often you are cleaning and much more.

For mid to high-price range models, you should expect that it will go for 5-6 years with regular care.

Why does my Rowenta iron leak?

Most Rowenta has a heating element in the soleplate. The reason for water leaking can be the unsufficient heating temperature for your soleplate.

In these situations, we recommend you to descale your ironing device as a limescale deposit is a cause.

Do all Rowenta irons have auto shut off?

Yes, in most of the Rowenta iron you can expect the auto-shutoff feature.

For the exact answer, we recommend you to check the product description before buying.

With Rowenta products, you can expect good performance and long service life.

They are very easy to use because the features of the models are almost self-explanatory.